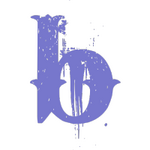 Oh I see, but i only imported them, the images aren't there. Guide as in information on the guild (HA, 1v1, etc.) "If you want this wiki to succeed, you need to change your mission to one suited to the wiki metaphor of collecting information." — ◄mendel►. —

Try not to make edits that are not related to images or other such actions. Use a sock or something in the meanwhile. --People of Antioch 17:06, 10 April 2009 (UTC)

Retrieved from "https://guildwarsguilds.fandom.com/wiki/User_talk:Balistic_Pve?oldid=7834"
Community content is available under CC-BY-SA unless otherwise noted.